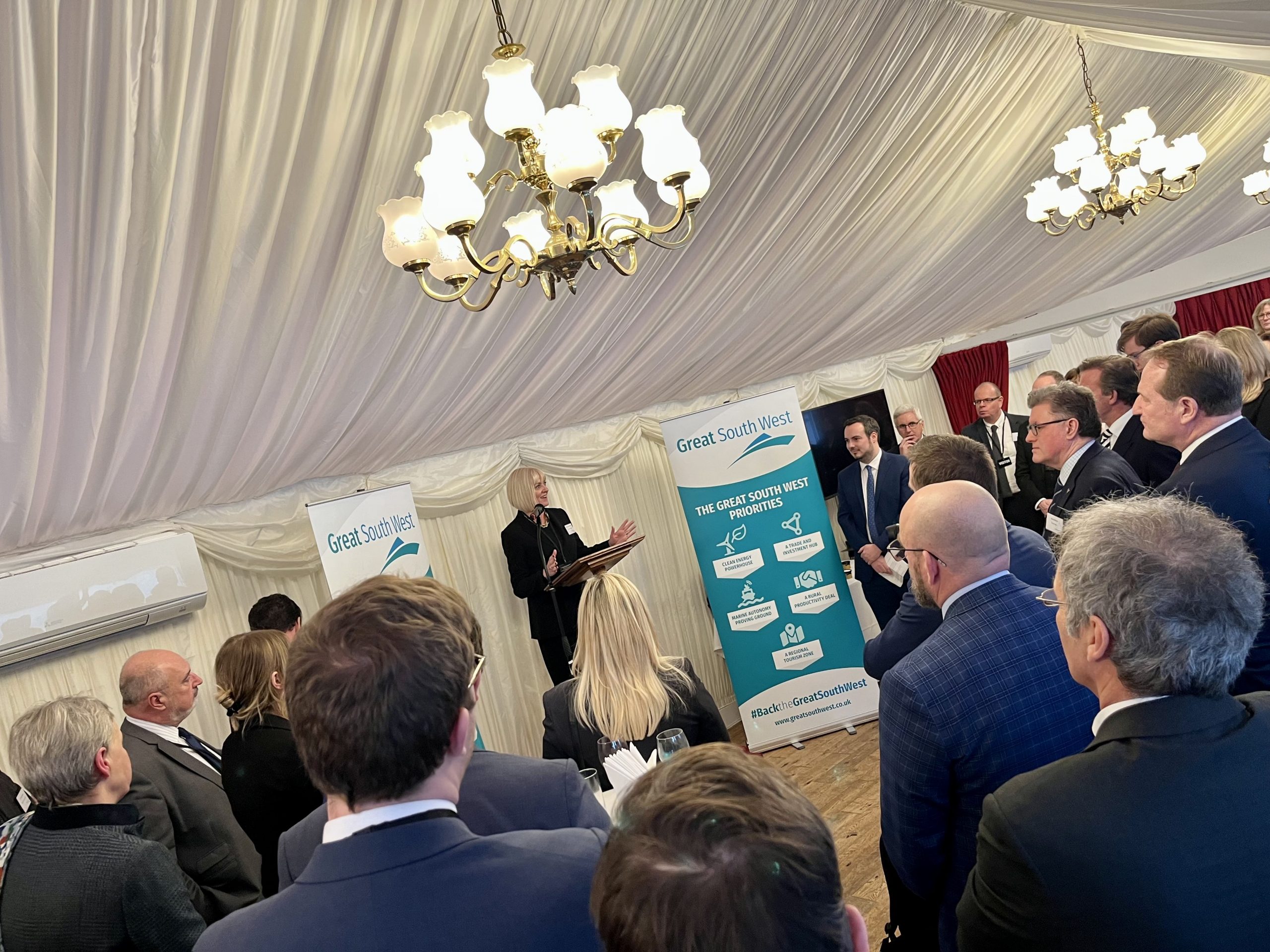 The ambitions for the Great South West, promoting the Cornwall, Isles of Scilly, Devon, Somerset and Dorset region, have been announced at a Parliamentary Reception at the House of Lords.

The Great South West Partnership launched its exciting new vision to become the greenest and cleanest region in the UK at the event, on Tuesday January 10.

The Partnership aims to promote the Great South West’s ‘blue and green’ assets, as part of the region’s ambition to become the UK’s ‘Natural Powerhouse’. The Great South West’s unique marine, energy, environmental, technological and agricultural strengths present an opportunity to be a major contributor to the UK economy, alongside other powerhouses including the Northern Powerhouse and Midlands Engine.

Its Prospectus, developed in partnership with the region’s Members of Parliament, local authorities, and Local Enterprise Partnerships (LEPs), was launched, outlining the Great South West’s huge natural capital opportunity, and vision to become the country’s cleanest region through a major economic focus on the ‘blue and green’ sectors, creating tens of thousands of jobs and driving major investment.

Simon Jupp, Chair of the Great South West APPG and MP for East Devon, said: “The greatest region in Britain now has a united vision and voice to help us reach our potential. The launch of the Great South West Partnership in the corridors of power in Westminster brought the region together to demonstrate the passion, drive, and determination we need to deliver for where we live. We have so much untapped potential to unlock new opportunities and jobs using our natural resources and world-class research to create a cleaner, greener future. Now we’re backed by Government, we must grasp the exciting opportunities ahead to deliver a bright future for Devon, Cornwall, Dorset, Somerset, and the Isles of Scilly.”

Karl Tucker, interim Chair of the Great South West Partnership, said: “Together, we have the potential to become a world leader in the blue and green aspects of our economy, strengthening our region’s clean growth and contributing to the country’s journey to net zero. This is a key moment in the journey of the South West, which is why we are delighted to set out the breadth and scale of our region’s blue and green opportunity in Parliament, as part of our work to gain further Government support.”

The launch highlighted Great South West’s initial successes, including securing £1.5 million from the Government to begin its work, and its vision to build on the region’s ‘blue and green’ strengths and develop a prosperous and clean economy.

Mark Duddridge, Chair of the Cornwall & Isles of Scilly LEP, said: “The Great South West is already pursuing major opportunities, including working with the UK and Welsh Governments to unlock the huge potential of floating offshore wind. This is a £12bn investment led by global energy companies which will involve investment in our ports, energy grid, new jobs and skills. It’s these types of large scale opportunities that the Great South West is well placed to champion and progress. ”

Cecilia Bufton, Chair of the Dorset LEP, said: “It’s fantastic to see the Great South West moving forward with its ambitious vision. Our region’s unique strengths have a major role to play in the country’s economy, and it is great to see the Government back the Great South West as a leader in the research, technology, creativity and innovation that will drive forwards a cleaner, smarter future.”

Regional launch events will be held in March, with businesses, universities, colleges, and authorities invited to discuss the next steps for the region’s journey.

Find out more about the Great South West: www.greatsouthwest.co.uk