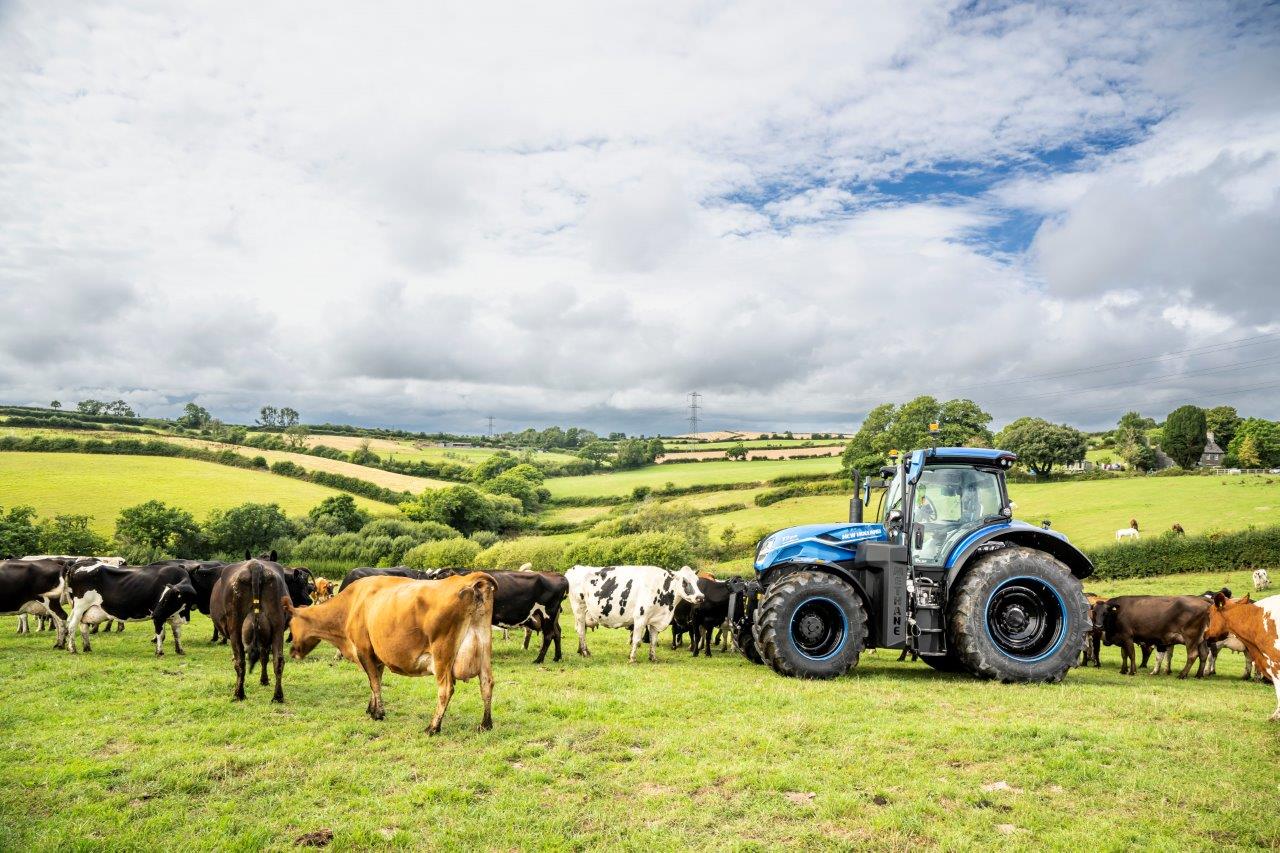 A Cornish company pioneering the capture, storage and use of methane gas sourced from farm slurry has seen its groundbreaking technology incorporated into the world’s first liquid methane-powered tractor.

Bennamann, based at the Aerohub Business Park near Newquay, has been researching and developing biomethane production for over a decade.

It has developed government grant-eligible systems for sealing slurry lagoons to capture methane that would otherwise escape to the atmosphere (called ‘fugitive methane’), then treating and compressing the gas for use as fuel.

The pre-production prototype uses Bennamann’s patented cryogenic fuel tank which keeps the methane as a liquid at minus 162°C, producing a new source of clean power for the 270hp tractor, which packs as much power as its diesel equivalent but with significant emission savings.

And when combined with Bennamann’s on-farm biomethane capture and storage system, it can help make a farm both energy independent and better than carbon neutral.

Bennamann co-founder Chris Mann said: “The T7 liquid methane fuelled tractor is a genuine world-first and another step towards decarbonising the global agricultural industry and realising a circular economy. Methane also has more than 80 times the atmosphere warming power of carbon dioxide over 20 years, so by removing it and putting it to good use we are helping to rapidly tackle global warming. We’ve shown that harnessing the potential of biomethane can make farms energy independent and carbon neutral, and we’re thrilled to take another momentous step in our partnership with New Holland.”

A pilot project between Bennamann and Cornwall Council-owned Trenance Farm near Saltash in South East Cornwall, where the T7 prototype tractor was put through its paces, has seen carbon dioxide emissions slashed from 2,500 tonnes to 500 tonnes in just the first year.

Such is the potential of biomethane – which is also being used to power some of Cornwall Council’s fleet of Corserv lorries thanks to Bennamann’s technology– that the Cornwall and Isles of Scilly Local Enterprise Partnership (LEP) is now co-funding a study to assess the scale of fugitive methane emissions in Cornwall.

This will assess the current emissions from sites like dairy farms and waste water treatment plants, the potential for capture, and the potential scale of use for things like transport and agriculture.

Mark Duddridge, Chair of the LEP, said: “Biomethane has huge potential. If we can make our agriculture industry energy-independent in the face of soaring input costs and volatile energy prices, while reducing emissions, then we can provide a huge economic boost for rural communities, greater food security, and move towards net zero. These applications are not limited to agriculture or Cornwall. They are global. What Bennamann are doing is hugely exciting.”

Bennamann is investigating much wider uses for its technology, including how its liquid fugitive methane can be used to generate electricity for rapid electric vehicle (EV) charging in rural locations without the need for a grid connection. It is working on a project to demonstrate a farm-based EV charger, a village-based EV charger, and a domestic dwelling EV charger, all with hot water provision for bioheat.