Cornwall to bid for City of Culture 2025 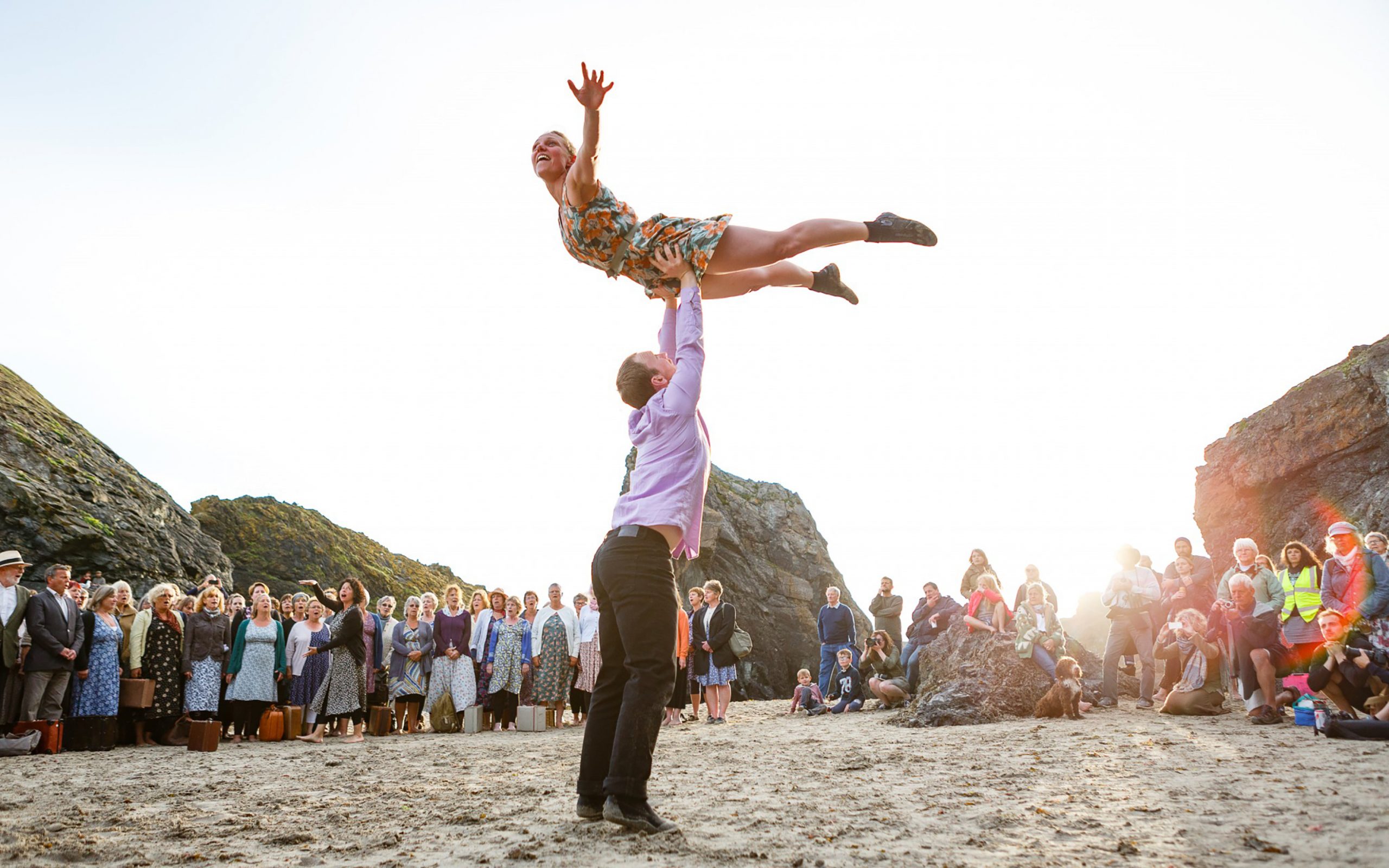 Cornwall has announced its intention to bid for City of Culture 2025 in a move that would put the UK’s cultural spotlight on the far South West for a year. The official announcement comes at the end of the G7 Summit of world leaders which has been taking place in Carbis Bay on Cornwall’s Atlantic coast.

The plan has the backing of creative personalities and cultural organisations across Cornwall and beyond, including actor and writer Dawn French, national Tate director Maria Balshaw, the Eden Project, Falmouth University, Hall for Cornwall, Newlyn Art &  The Exchange Gallery and many more.

The competition to find the City of Culture 2025 was launched by UK Culture Minister Oliver Dowden two weeks ago. The winner of the four-yearly contest will pick up the baton from Coventry, which predicts a £110m investment dividend from being this year’s host.

For the first time, groups of towns will be able to join together and apply for the title to be awarded to their area, which means Cornwall is eligible to bid. Cornwall has long been a crucible of artistic excellence, with a concentration of creative activity usually only found in cities, fired both by the incredible landscape and a distinctive cultural identity borne out of its Celtic roots.

For the last 25 years leaders in Cornwall have committed to supporting cultural regeneration as a means to improve
the social and economic fortunes of the region. The City of Culture accolade would help to recognise that long term commitment to art and culture.

Actor, comedian and author Dawn French, who lives in Cornwall and is Chancellor of Falmouth University, is supporting the bid and said: “I’m delighted that Cornwall is bidding to be City of Culture 2025. Cornwall is a place of huge creativity and culture and while it might seem strange that a rural area is bidding for City of Culture, it is
usual for Cornwall to be challenging perceptions and rewriting the rules. Falmouth University will be a key partner, using its expertise in the visual arts, theatre and screen industries to help make the case for 2025 to be the year Cornwall takes centre stage.”

The bid is being led by the Cornwall and Isles of Scilly Local Enterprise Partnership (LEP), the economic development body for the region, in partnership with Cornwall Council. LEP chief executive Glenn Caplin-Grey said: “We want to showcase Cornwall’s brilliant creative talent through a diverse and international programme of activity that connects communities across Cornwall to the world and brings lasting economic and social benefits to our region. Over the past few days Cornwall has been in the global spotlight and being able to showcase our creativity through City of Culture 2025 would be a brilliant legacy.”

The bid has the backing of national Tate director Maria Balshaw, who said: “Tate is delighted to support Cornwall’s bid to be City of Culture 2025. Culture and the Arts have a vital part to play in the further regeneration of Cornwall and Tate St Ives looks forward to playing a significant role in developing plans which will have a lasting
benefit for the region.”

Linda Taylor, Leader of Cornwall Council said: “I fully support Cornwall’s bid to become City of Culture and in doing so, showcase the rich and diverse cultural and creative seam that runs through all of our communities. Our unique identity as a place stems from our culture. From our talented writers and musicians, our exceptional artists, film and theatre makers, this bid will allow us to shine a spotlight on them all and create a lasting cultural legacy.”

Cornwall’s creative economy includes more than 1,000 businesses employing over 5,700 people and it boasts a fast-growing tech sector. Falmouth University specialises in creative industries and contributes some £100m to the Cornish economy every year, with courses ranging from fine art to computer gaming.

Cornwall has world-class cultural institutions, from the Tate St Ives to the Eden Project, more than 70 museums, and a range of spectacular venues from the rugged clifftop Minack Theatre to plain-an-gwary (translated ‘playing-place’) medieval amphitheatres. It is also a place with a thriving community culture fuelled by the participation of the wider community in Cornwall’s many choirs, dances, bands, festivals and sporting events. The working title of Cornwall’s bid is Outside Culture, recognising that so much of Cornwall’s cultural distinctiveness is driven by its iconic landscape and happens outdoors. The year-long festival would celebrate culture in the open-air, showcasing art on the wild side and exploring the spaces where culture meets the environment and wellbeing, connecting local communities with global change.

Glenn Caplin-Grey added: “We are working with Cornwall’s creative and cultural community to finalise our programme. We will be presenting a very unique bid which makes the case for rural creativity and builds on both our cultural heritage and supports our plan for an innovative future.”