Cornwall is well positioned to generate clean energy resources with deep waters and winds facilitating the development of Floating Offshore Wind and hot rocks enabling Geothermal as well as the skills and technology from existing marine and mining sectors. With a pioneering and innovative people, Cornwall is intent on creating the clean energy resources to meet our own zero carbon targets and export our resources to help others meet theirs.

Bennamann, based in Cornwall, is one of three local partners that have come together to collaboratively deliver a project that aims to demonstrate a new approach to energy independent, sustainable farming, through the harnessing and storage of biomethane.

Bennamann Ltd (Lead Partner), Chynoweth Farm Partners and the University of Exeter are working together to turn farm waste like cow manure and grass cuttings, into zero carbon biomethane. Waste is swept into a sealed slurry lagoon and processes the methane into compressed fugitive methane (CFM) and liquid fugitive methane (LFM), which is stored and distributed locally to customers. The CFM and LFM is suitable for fuelling lorries and tractors, charge electric vehicles and heat homes. Completely burning the methane in an engine prevents it going into the atmosphere. The CO2 that is released into the atmosphere is the same amount that the grass absorbed in the first place.

The material left behind in the slurry lagoon is further processed to create a conditioner that improves soil biology, reducing the need for use of artificial fertiliser.

The CFM and LFM can only be stored safely as a result of Bennamann’s patented container design. Traditional containers suitable for storing liquid methane allow methane gas to escape into the atmosphere. Bennamann’s container captures these emissions before they escape.

The company is working with six Cornwall Council owned farms to capture biomethane for use in the some of the Council’s road maintenance vehicles.

A report published in January 2020 by the Offshore Renewable Energy Catapult and commissioned by the LEP and Welsh Government said building floating wind farms in the Celtic Sea off the South West coast of the UK could support 3,200 jobs in the South West and Wales, and £682m of spend in the local economy by 2030.

The UK Government wants to see 40GW of offshore wind capacity by 2030. In his speech to the Conservative Party Conference last October, the PM said he wanted 1GW of floating wind by 2030, 15 times as much as the rest of the world put together.

Cornwall is making significant advances in developing a floating offshore wind industry in the Celtic Sea. The county has existing offshore renewable expertise, port infrastructure, and one of the best wind climates in Europe.

The Cornwall and Isles of Scilly LEP is leading the development of a pipeline of floating wind projects in the Celtic Sea that could establish the region as a world-leader for FLOW, with 3GW of power by by 2030.

The first of these would be a four-turbine demonstrator project using the Wave Hub offshore electrical socket 16kms from the north coast of Cornwall, which could power 23,000 homes.

The LEP is a partner in the South West Floating Offshore Wind Accelerator project which has submitted a funding bid for over £30m from the Government’s Strength In Places Fund towards a £64m project to speed up the creation of a floating wind industry in the region.

Cornwall is rich in granite. This heat-producing rock means the region has the opportunity to harness energy from under the ground and produce power and heat.

At United Downs, near Redruth, Cornwall, Geothermal Engineering Ltd (GEL) runs the UK’s first geothermal power plant. The company is also responsible for low carbon heat supply at Jubilee Pool, a sea water lido in Penzance. The system is the first of its kind in the UK and keeps a section of the pool at a constant 35 degrees using geothermal energy.

The Eden Project has set up Eden Geothermal with EGS Energy Ltd, and Bestec (UK) Ltd. The initial aim of the project is to provide direct heat to the facilities at The Eden Project for one year, demonstrating greenhouse gas savings.

In January 2021, GEL signed a 10-year Power Purchase Agreement with Ecotricity that will see a minimum of 3MW of baseload electricity produced by the plant. The electricity – enough to power 10,000 homes a year, will be distributed via the National Grid. It is the first time that electricity from geothermal energy has been produced and sold in the UK.

23,000km2
Least constraint for the deployment of FLOW, has been identified in the Celtic Sea.

75GW
Conservative estimate of the resource, based on the use of 15MW turbines.

>70%
UK’s energy need could be met with the energy resource in the Celtic sea zones.

£7bn
Estimated worth by 2030, of the export market for UK companies involved in early stage comercial FLOW installations. 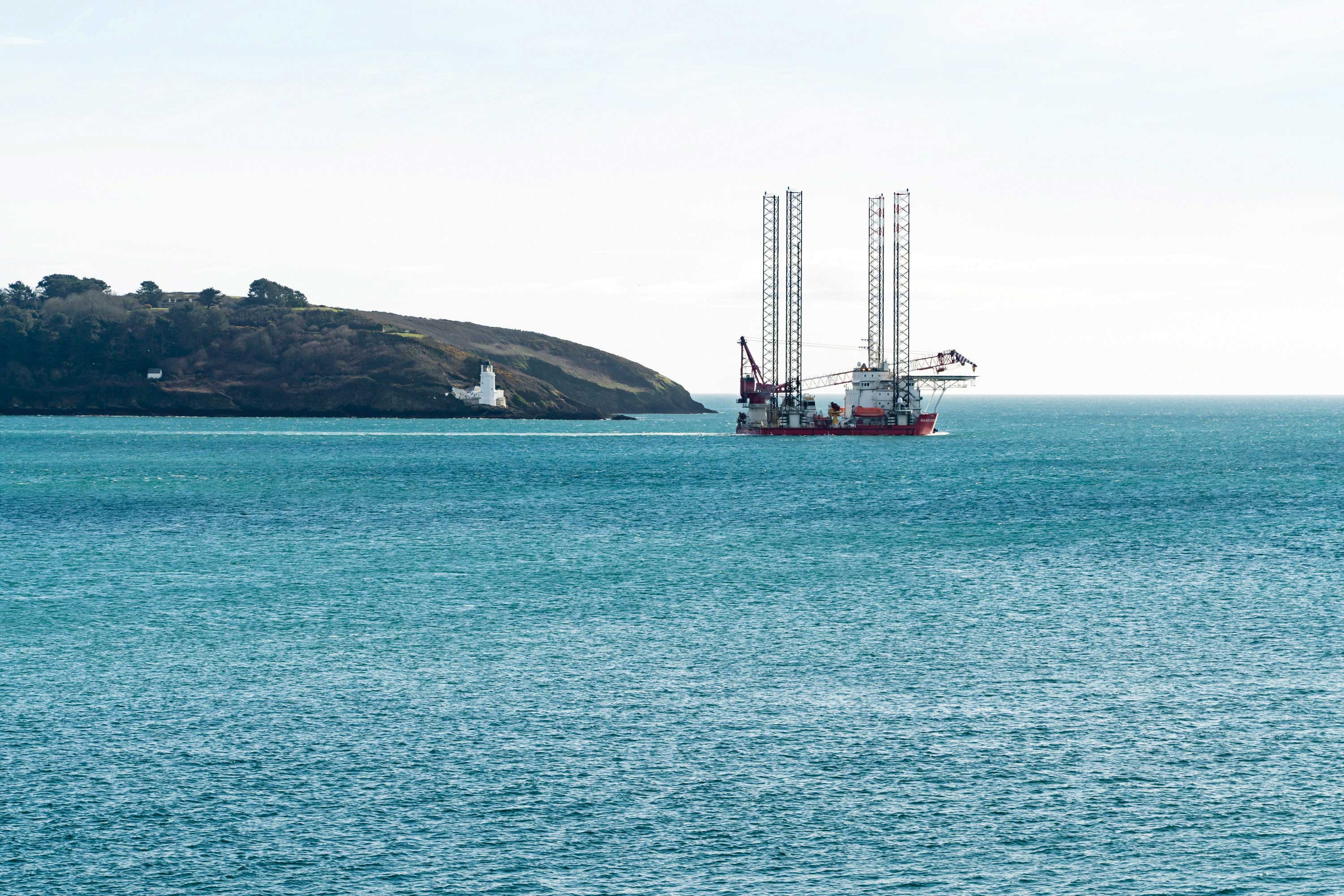 Morek, based in Falmouth, are a specialist technical service provider to the offshore energy market. They offer high-end technical skills to support the design and installation of marine renewable energy technologies.  They are currently involved in several floating offshore wind projects outside of Cornwall, and are a prime example a local company who will benefit from the development of the sector closer to home. 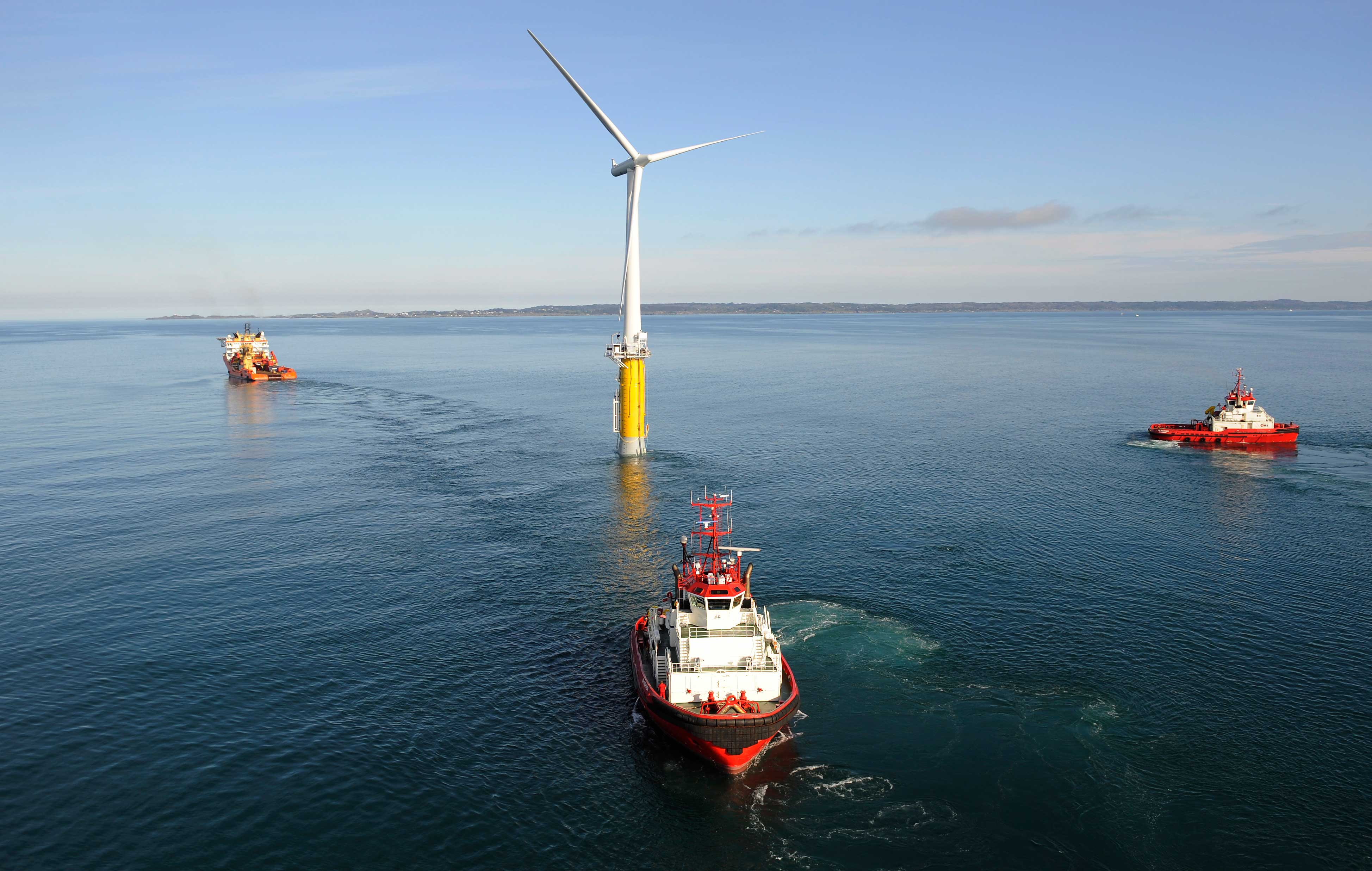 Cornwall enjoys some of the best wind resources in Europe, and as a maritime region has an established offshore renewable energy supply chain, spanning environmental consultancy to subsea engineering, backed up by world-renowned research capability at the universities of Plymouth and Exeter. Cornwall is leading the £6 million Cornwall FLOW Accelerator project which will de-risk technology development and encourage investment in Celtic Sea projects.

Cornish company Bennamann is developing and marketing technology to capture and repurpose methane emissions from agricultural and other sectors.

The company prevents this harmful greenhouse gas from entering the atmosphere and using its innovative and patented technology processes it into liquid methane for distribution and use as an energy rich renewable biofuel. 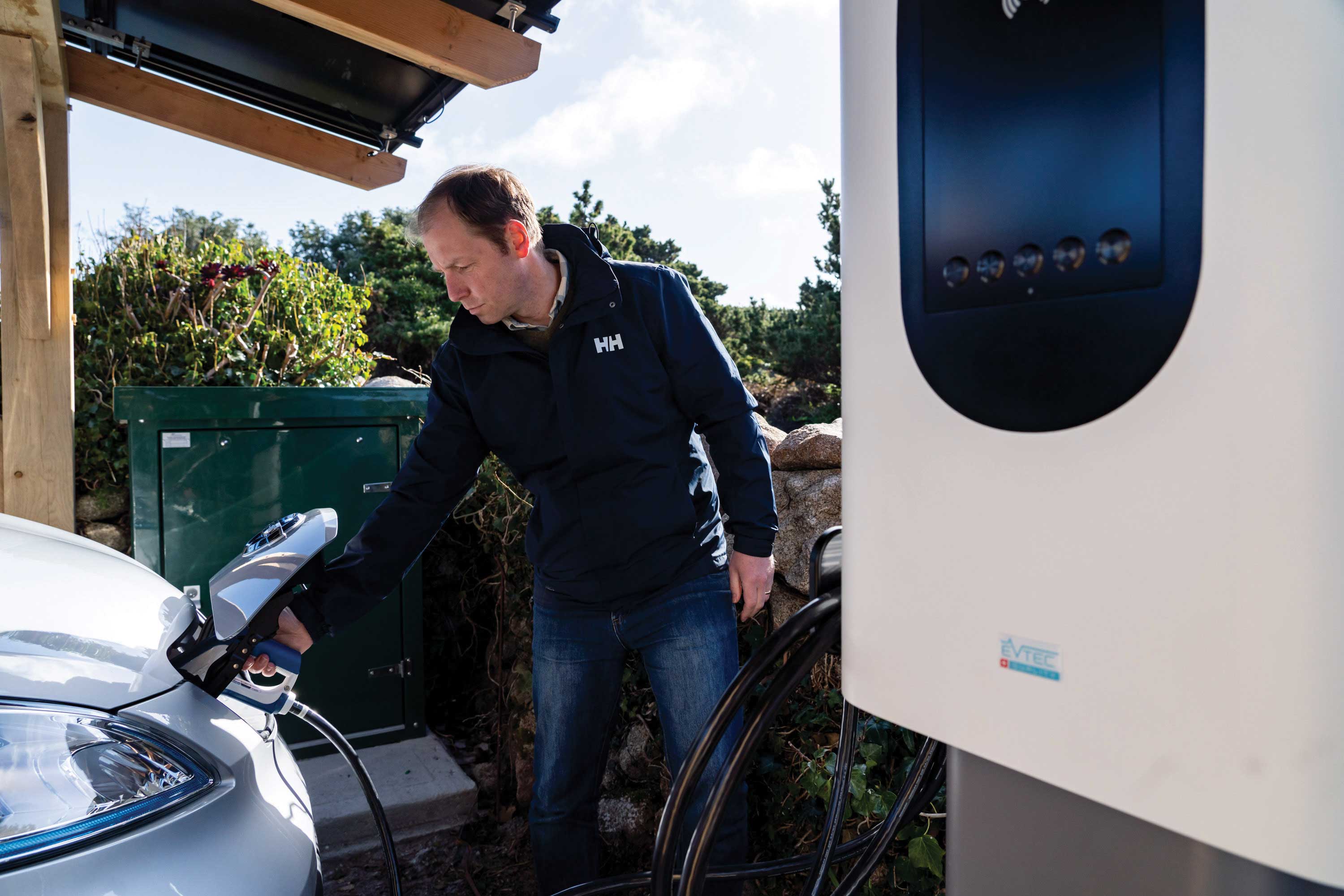 GO-EV is a £3m electric car share scheme on the Isles of Scilly. It has set up 25 charging points and 10 solar canopies and the project is in the process of buying 10 Nissan vehicles made up of cars, panel vans and seven seaters. V2G means that vehicle batteries are able to discharge electricity back to the grid at times of high electricity demand as well as be charged through locally generated renewable energy or from the grid when necessary. 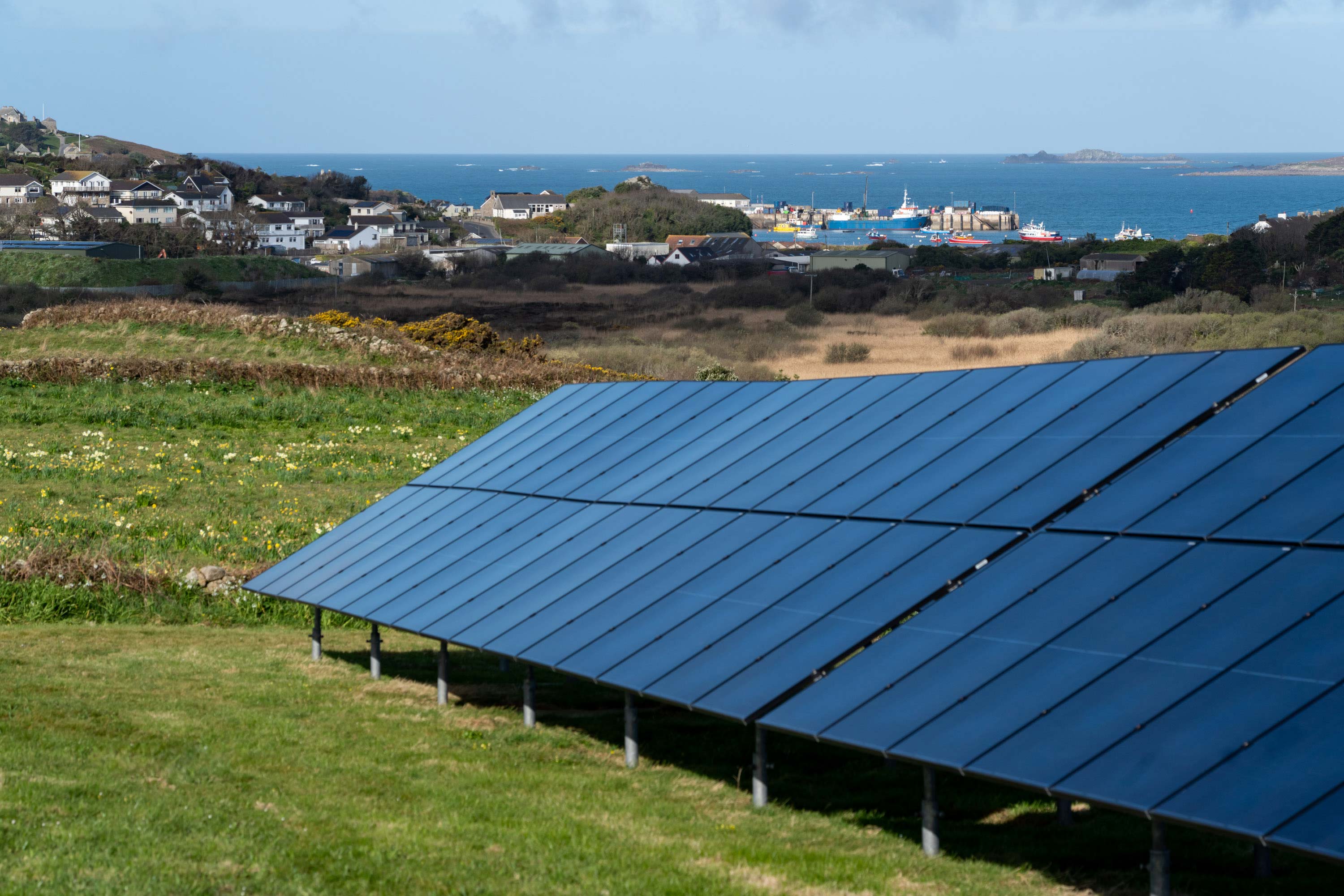 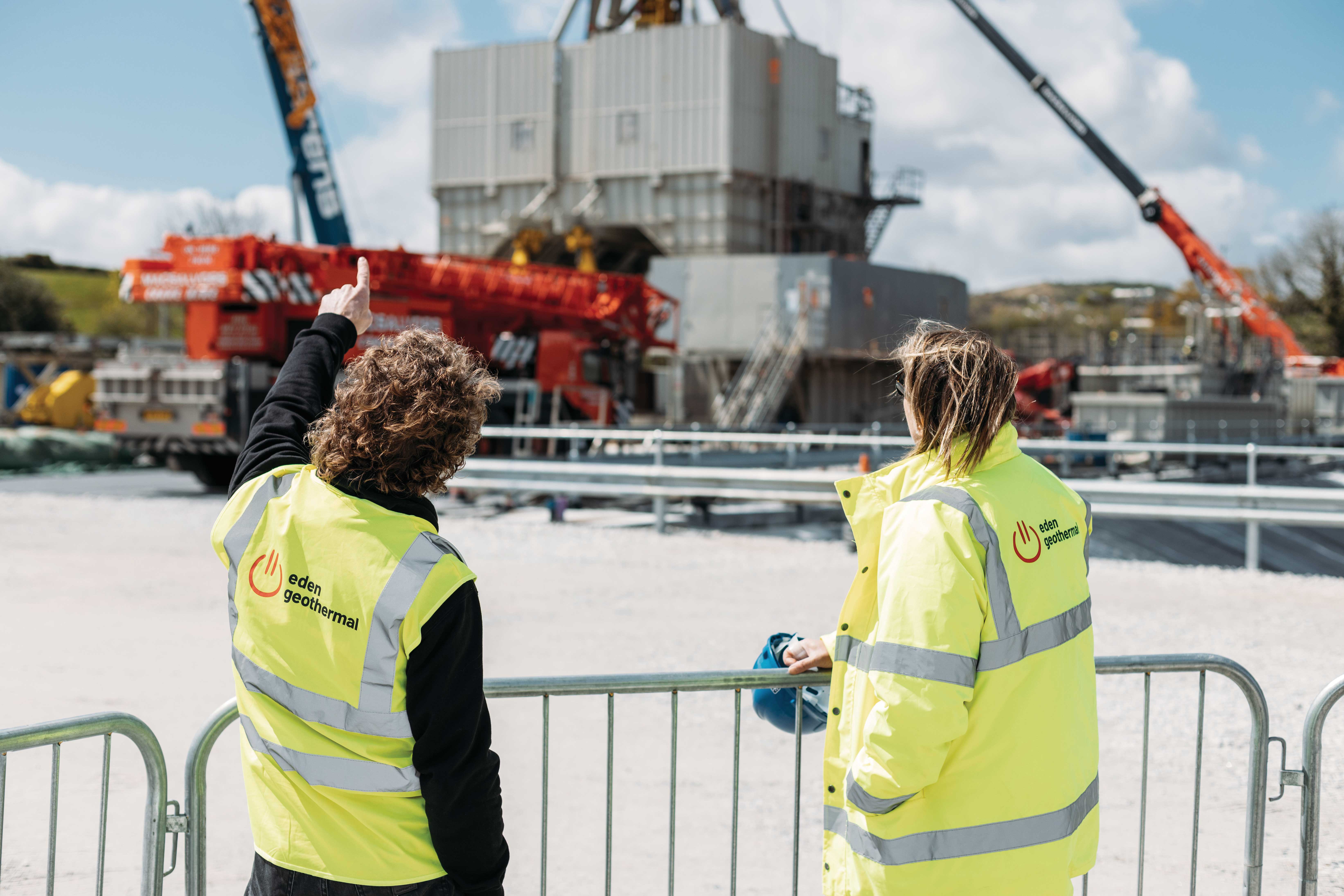 The world-famous Eden Project near St Austell is currently drilling a 4.5km deep geothermal well to provide heat for its biomes, greenhouses, kitchens and offices as part of a £17m project. A second phase plans to drill a further well and install an electricity plant, which means Eden could become carbon negative by 2023. 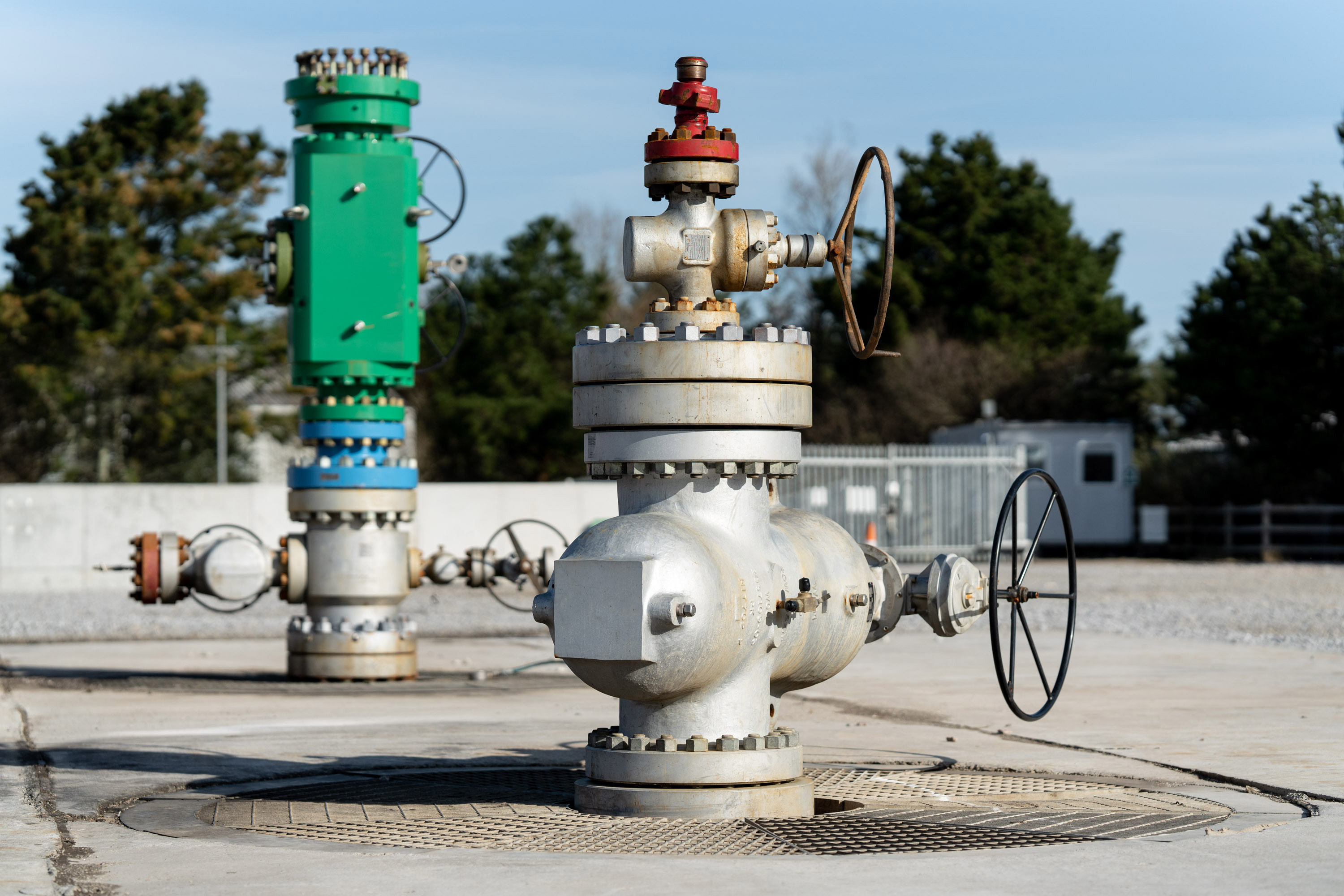 At United Downs, near Redruth, Cornwall, Geothermal Engineering Ltd (GEL) runs the UK’s first geothermal power plant. The company is also responsible for low carbon heat supply at Jubilee Pool, a sea water lido in Penzance. The system is the first of its kind in the UK and keeps a section of the pool at a constant 35 degrees using geothermal energy.